The WORST Food Experience I have had in a long time!!!!!

I mainly use my blog to showcase my own cooking,but I want to do everyone a moment of justice and save you from spending the same money that we did.
The reviews on Google were VERY misleading. Or perhaps their usual customer base just isn’t accustomed to real food. I am really not sure but if you are running
a Caribbean restaurant one would expect the food to be on par.

We ordered the following:

2 sides of red beans and rice
2 beef patties
I got The Tropical Pasta (I am certain it was supposed to be simliar to Rasta Pasta but it fell way short)
2 jerk salmon Tacos
1 mac and cheese.

Where to start. So I guess they aren’t aware that the first rule of food service (other than safety standards) is that people eat with their eyes.
The presentation, even if in to-go containers should be good. The beans and rice looked like chopped up mush. I didnt even taste mine due to the looks of it but my
fiance tasted his and said it was DEFINITELY not the best he had. Rice should look like rice and be tender. More importantly it should be flavorful. The beans shouldn’t be cooked to the
point where they split and again FLAVOR.

My daughters side was supposed to be mac and cheese, they sent the beans and rice instead.

My pasta when I opened it looked like it had what we used to call yellow Gov’t cheese melted on top of it.
The shrimp in it wasn’t seasoned at all and it had weird vegetable choices in it, like string beans. YES I said string beans.
Also I love spicy food, BUT when using spices it should be well done so that people can actually still taste the food.
THIS SPICE LEVEL WAS AS IF SOMEONE DUMPED A WHOLE BOTTLE OF WHATEVER SPICE IT WAS IN IT.
It was so overpowering that you couldn’t taste anything beyond it. The Pasta was also SO SALTY that I had to try to doctor and tone down the salt myself. ( WATERY SAUCE , OVER SPICED AND CANNED VEGETABLES) Terrible!

The tacos and patties were the only edible things out of the entire meal.

BY THE WAY, I make a mean oxtail, a mean caribbean cabbage, a mean Yuca, a mean goat, and a very tasty beans and rice!!!

My pics compared to theirs included.

WE WILL NOT REPEAT.

The name of the business is A&G Tropical Cuisine
located at 3278 Washington Road
College Park, Ga 30344

I do not suggest trying that food.

THE FOOD FROM THERE:

PHOTOS OF MY FOOD WHEN I MAKE CARIBBEAN FOOD!!!

Web Site best viewed on Laptop or Desktop to see it in all its true beauty. 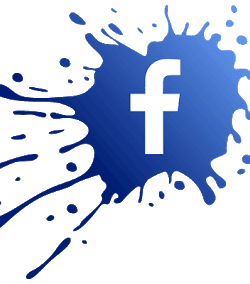